We all remember those stand-out movie weddings, for whatever reason. Perhaps they were especially humorous, disastrous, romantic or just a classic tear-jerker. Wedding movies are something that Hollywood does well, and when it comes to couples saying “I do” in movies, there are a few that spring to mind.

This iconic wedding romantic comedy film speaks to a lot of people in mixed-background couples, but is also generally just a humorous commentary on when two very different families are brought together in a marriage. Involving plenty of cringe-worthy, laugh-out-loud and touching moments.

Four Weddings and a Funeral

The 90s were the time for great wedding films, and the Brits do them the best. This movie falls under both categories, AND it has Hugh Grant in it. The plot revolves around a charming Englishman who is unlucky in love, and his encounters with a beautiful American woman at his friend’s weddings.

A Christmas movie AND a wedding movie all in one?! YES PLEASE! Who wouldn’t love to have a wedding where a choir serenades the crowd and happy couple with a classic Beatles tune?

A riotous comedy film that centres around the disasters that befall a group of bridesmaids in the lead up to a wedding, this film was written by and features some of Hollywood’s funniest women. Making light of the drama that can occur around a wedding, this film has some classic one-liners and hilarious memorable moments.

This one’s for the groomsmen, about a couple of wedding-crashing larrikins who seek their kicks at strangers’ weddings.

Starring the beautiful Julia Roberts who plays a woman who falls for her best friend and tries to win his affections before he gets hitched to someone else, with equally disastrous and hilarious consequences.

Another classic 90s wedding film starring Julia Roberts, this time with Richard Gere, the film centres around a bride who has left three men at the alter and a journalist who is reporting on her next upcoming wedding, but ends up falling for the runaway bride instead.

A childhood fairy tale-esque romantic fantasy comedy drama favourite, telling the tale of a young woman who is saved by her one true love after a long separation.

At Vogue Ballroom, we can help you plan the wedding of your dreams, as if it’s straight out of a romantic film.

Their Love Story I met Chris on RSVP five years ago. I knew from our first date that he was the guy for me. We spent our first hour at a café having lunch, then the next five hours at the beach in Mt Eliza chatting away. He was great to talk to, in fact … The Wedding of Niki… 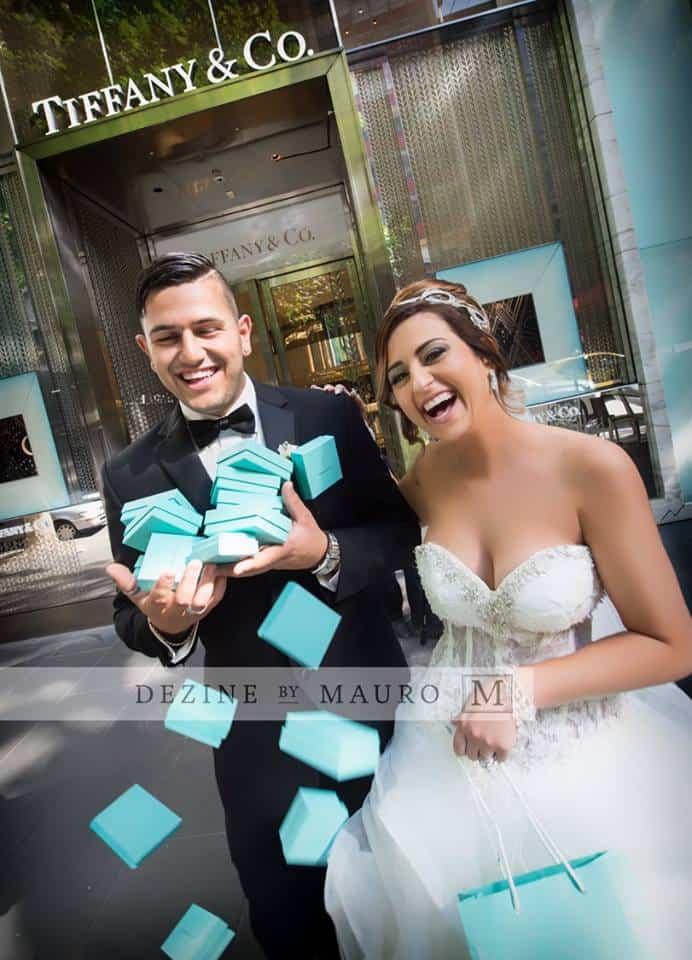 If there is one word to describe the wedding of Kon and Georgia, it would be ‘elegance’. Anyone who shared their special day with them would be sure to tell you that this couple was full of joy, laughter, and most of all it was clear to everyone that they share a true and special … The Wedding of Kon… 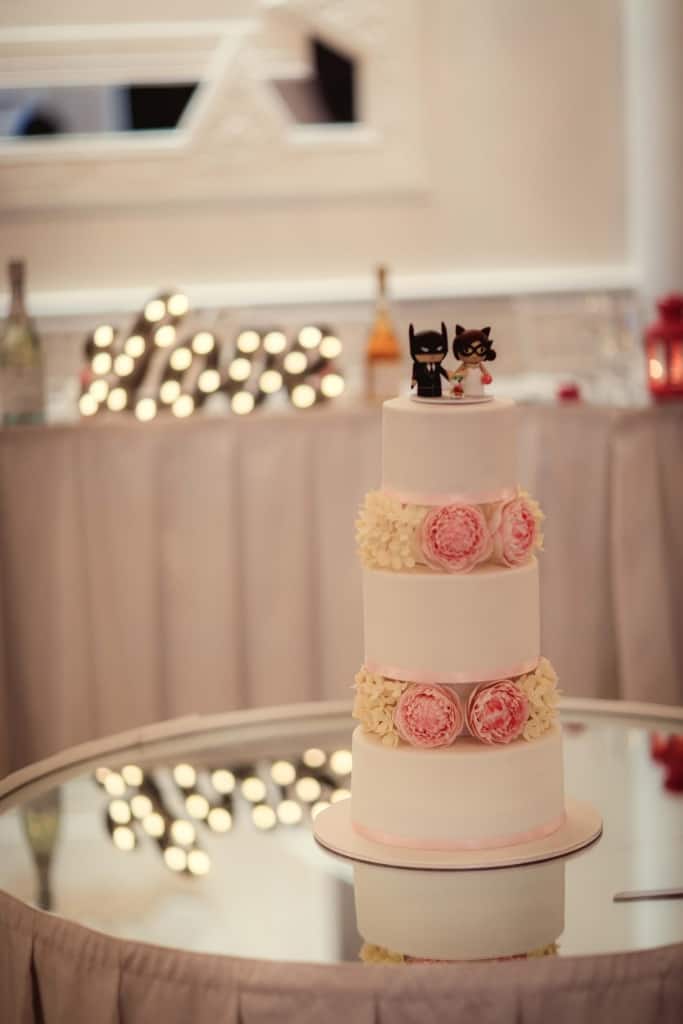 At Vogue Ballroom, we are fortunate enough to see a variety of wedding cakes every week. If one things for sure, it is that no two cakes are ever the same. From elegant centerpieces, to real or sugared flowers, to even cakes that have towered over the bride and groom – we’ve truly seen it … Wedding Cakes That Make… 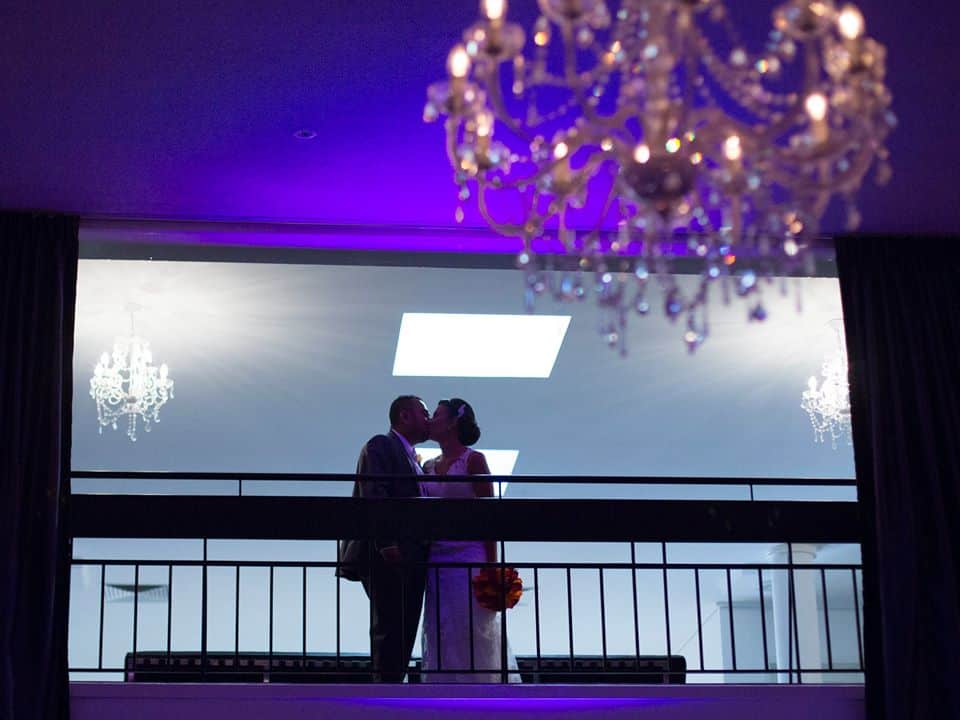 Being an iconic Melbourne wedding venue such as Vogue Ballroom has its true benefits as we see an abundance of beautiful couples tie the knot every week. When we first met Brigit and Jean we knew they had something truly special, their connection and love for each other was clear from the moment they first … The Wedding of Brigit… 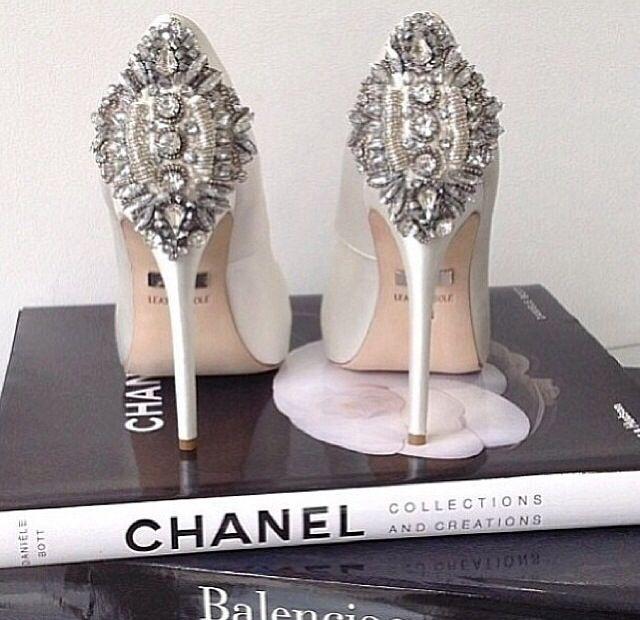 At Vogue Ballroom, we are fortunate enough to come across a new pair of glistening wedding shoes every week, and if we’re lucky we may come across three pairs a week! When it comes to a bride selecting her desired pair of shoes for the big day some choose comfort, whilst some may choose the … A Guide to Wonderful… 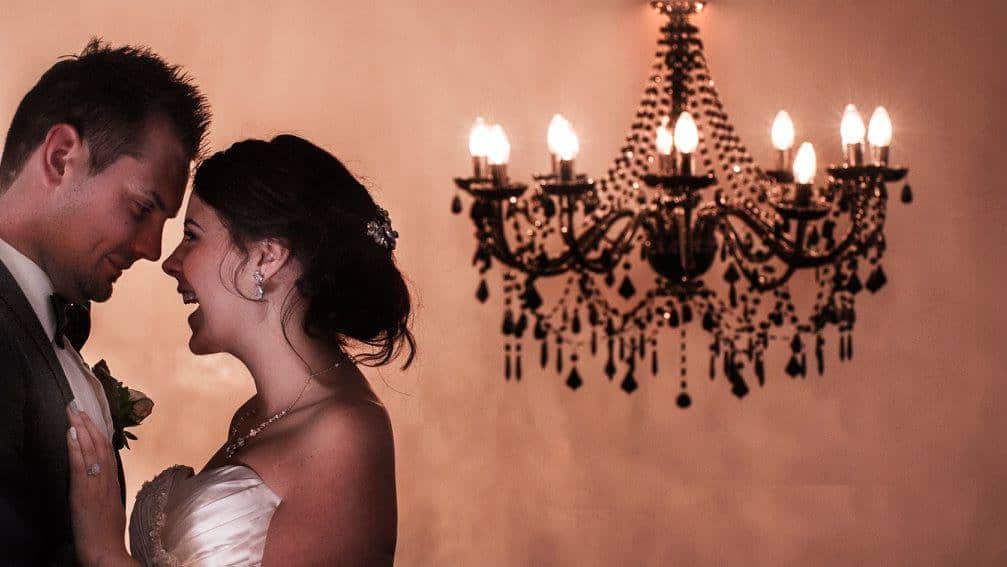 On her birthday, Gabriel surprised Adela with the best birthday wish that she could’ve asked for. Gabriel got down on one knee and asked Adela to marry him. On the 7th of November 2015, the team at Vogue Ballroom witnessed the wedding of a beautiful couple, whose love for each other is undeniable, and if one … The Wedding of Adela… 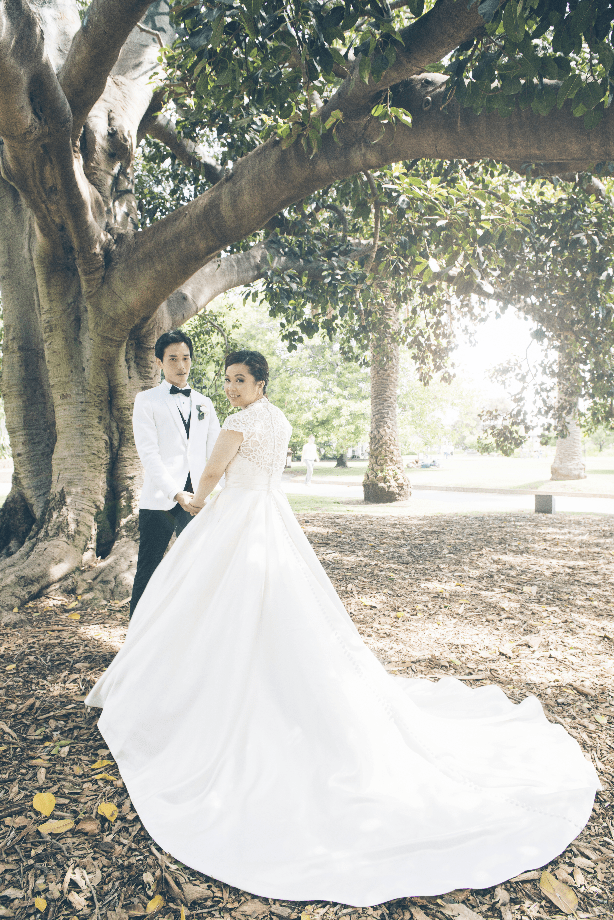 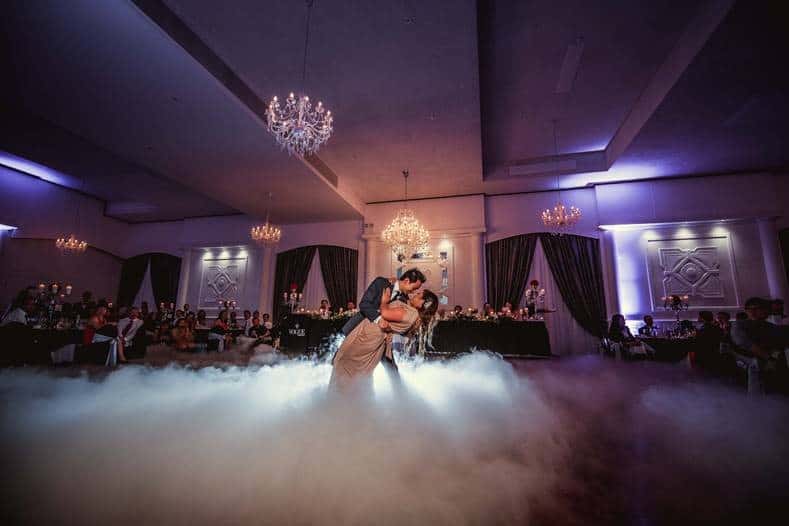 It truly doesn’t get more romantic than Chris and Finah’s love story. After a short period of being together, they both knew that they were each other’s soulmates, and of course Chris proposed in such a memorable way. From the moment Chris and Finah walked into our Melbourne wedding venue, we loved their appreciation for … The Wedding of Finah…

Why We Love Wedding Flowers at Our Venue Wedding flowers are more than choosing the perfect bridal bouquet. Flowers in your home, church and of course venue create an opulent environment that injects a true essence of visual beauty, as well as an aromatic delight. Here is a selection of some elegantly styled and visually … Why We Love Wedding…

It’s the first day of Autumn, and it truly is one of the most beautiful times to get married in Melbourne. The weather sits at a perfect temperature, and the sun still glistens brightly which is perfect for your wedding photos. If you’re lucky enough to be an Autumn bride this year or next, then … Autumn Wedding Ideas Read… 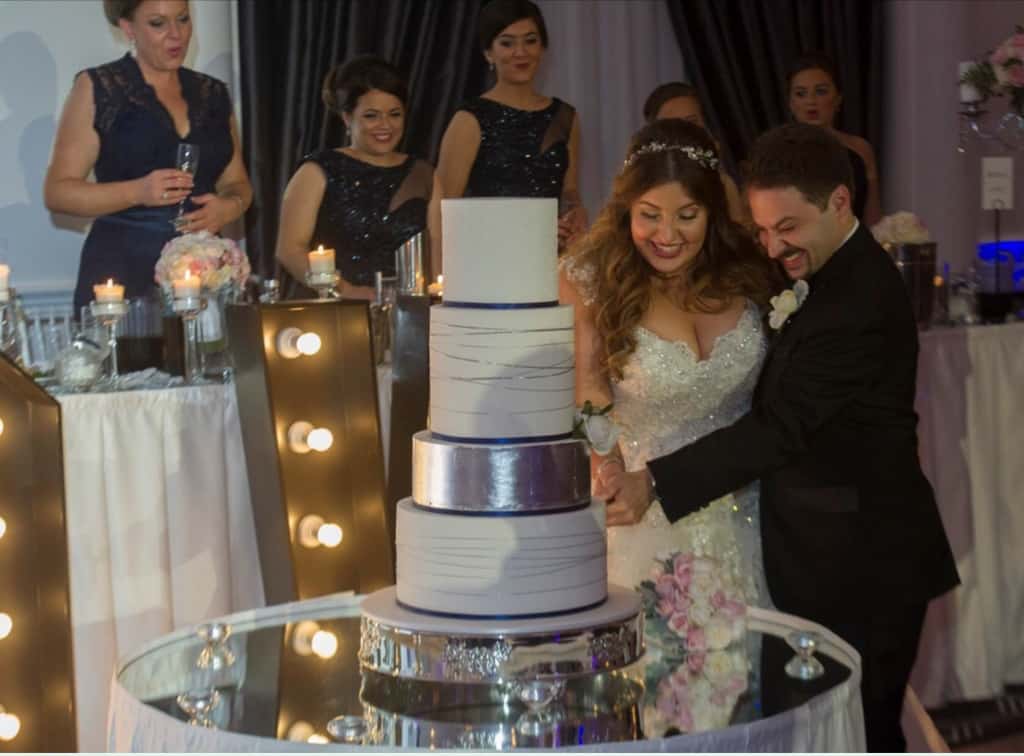 It’s not everyday that you meet a couple like Tina and George. Their connection, admiration, and most of all love for each other is undeniable. When Tina and George first came to our Melbourne wedding venue, we were beyond excited to say the least. Tina was a bride who wanted an elegant, glamorous and above-all a … The Wedding of Tina… 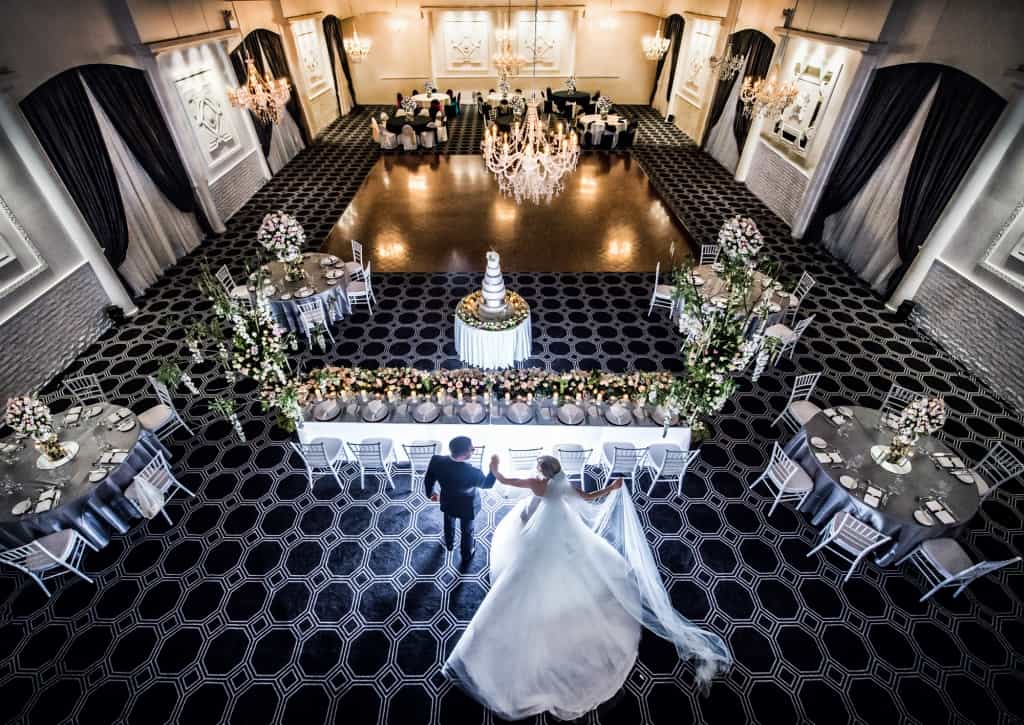 Since opening our doors in 2014, Vogue Ballroom has become a renowned Melbourne wedding and function venue. Our venue has won many awards including the Easy Weddings 5-Star Rating award as voted by our brides, winning 3 years in a row now. Our focus though, isn’t just about winning a number of awards, and leaving it … Getting to Know Vogue… 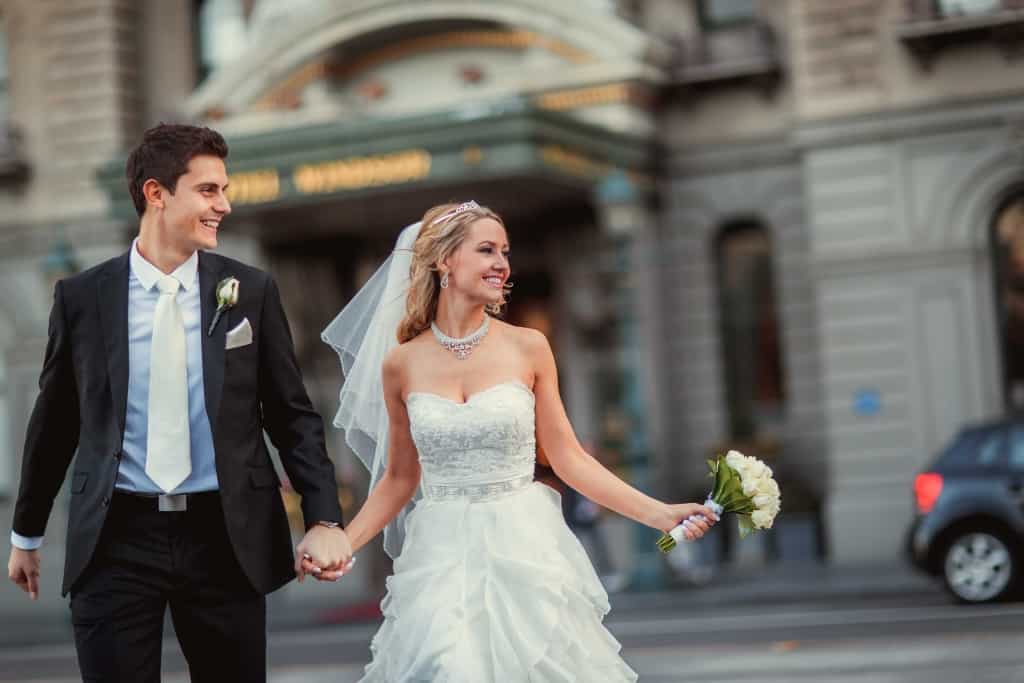 Sara and John met at high school. When they finished year 12, they officially started dating. 8 years later, John proposed to Sara, while they were sitting on a park bench, the same one where John first asked Sara to be his girlfriend. Sara said yes, of course, and the rest is history. When Sara … The Wedding of Sara… 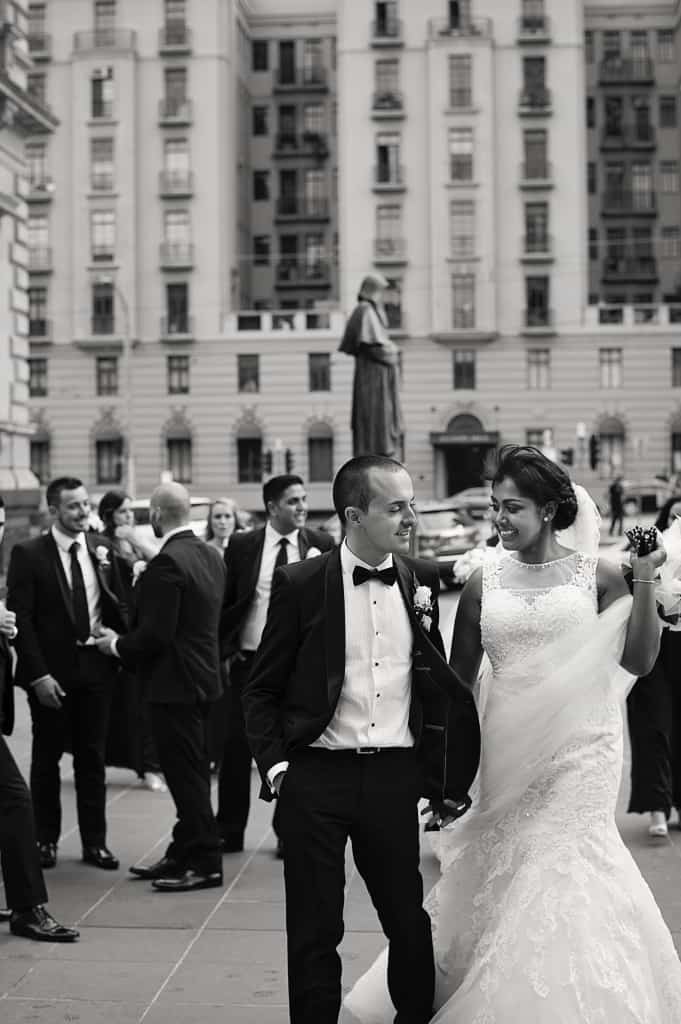 [fusion_text]On the day of their 4 year anniversary. Pierre took Anne-Marie to Arthur’s Seat. There, they spent the weekend at the hot springs, they swam with seals and dolphins, and they shared intimate dinners together. To conclude this romantic weekend, Pierre had made her a little movie recapping their 12 significant places over the years. At … The Wedding of Anne-Marie…

1. A Keepsake Welcome Board What a perfect idea? Guests will go to find their name on the welcome board and replace it with a photo of them. A unique lasting memory for all brides and grooms.  2. Sparkling Table Numbers This is a great addition to any wedding table. It’s sheer glamour and sparkle … 7 Brilliant Custom Creations… 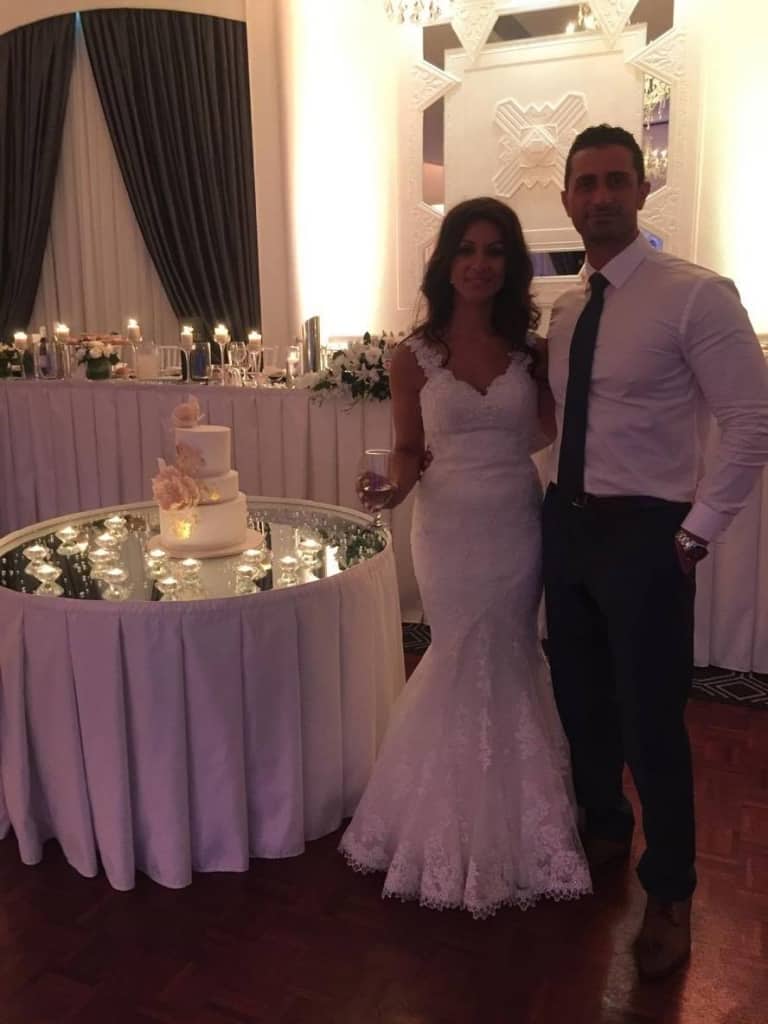 [fusion_text]George and Victoria were living in the same neighbourhood, just around the corner from each other. They met through a mutual friend. They started dating in 2011, and were engaged in 2014. To surprise Victoria, George said his boss could no longer use his room at the Grand Hyatt, and offered it to him at a cheaper … The Wedding of Victoria… 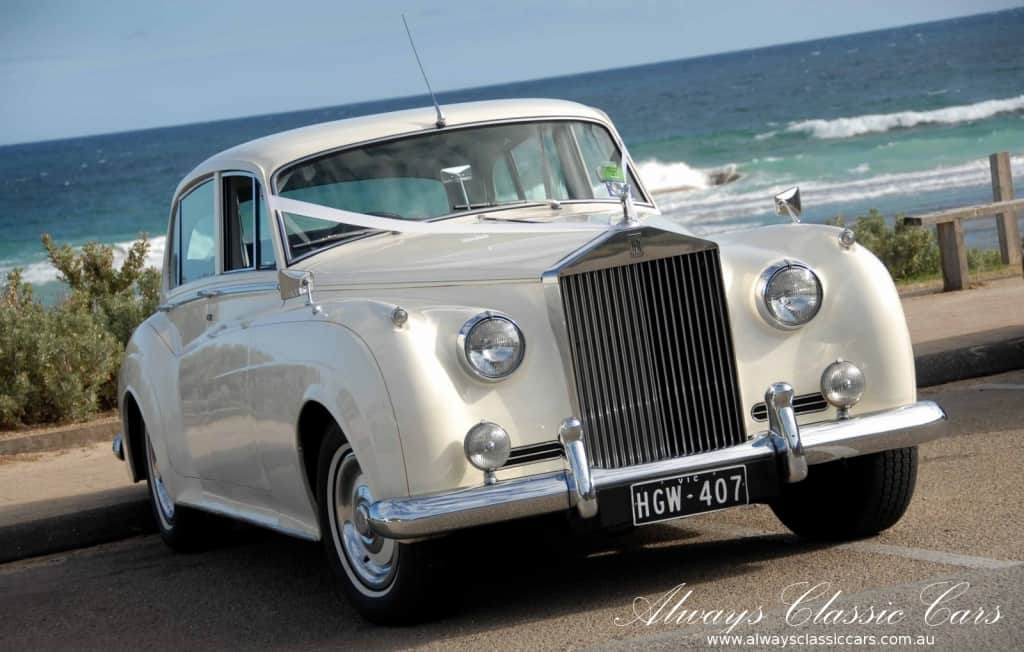 Transportation on your wedding day: it’s one of those things that may not be as high on your planning agenda, but we can’t stress enough how important it is to find a credible, reliable and most of all fun car service for your special day. Vintage Cars Arriving to your wedding in a vintage car … Choosing The Right Car… 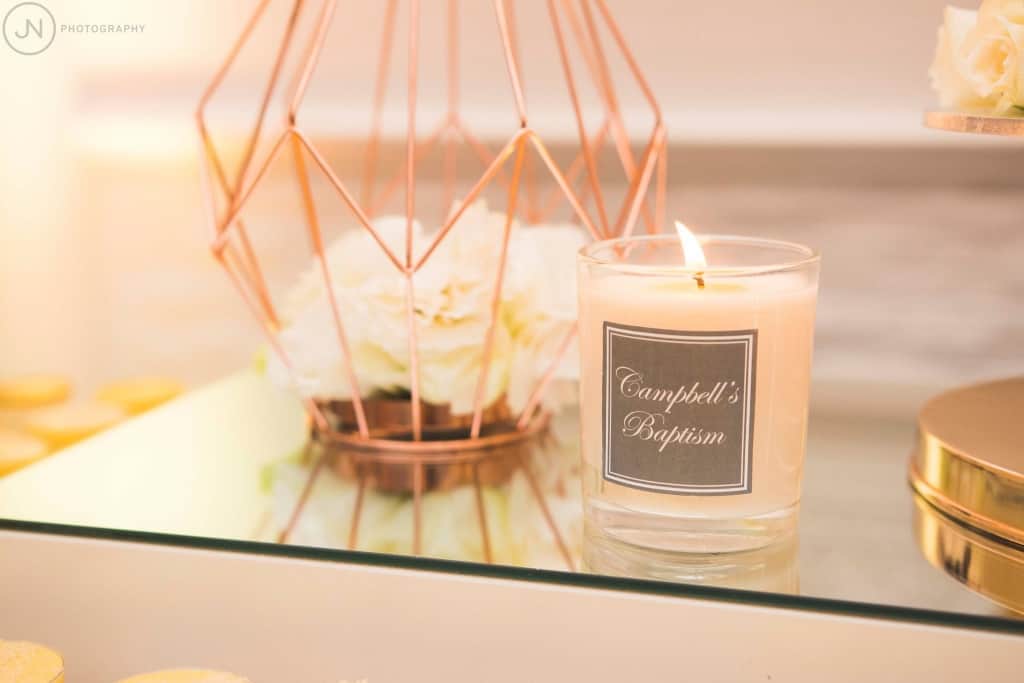 Campbell’s christening was truly an extravagant event. Apart from the exquisite attention to detail put into the day, the highlight was seeing so many wonderful people gathering together to celebrate this momentous occasion. Parents, Jeruisha and Dean Kerr were so thrilled with how the whole day turned out. Jeruisha, stylist and owner of Kerr Weddings … Campbell’s Christening – 01.05.2016… 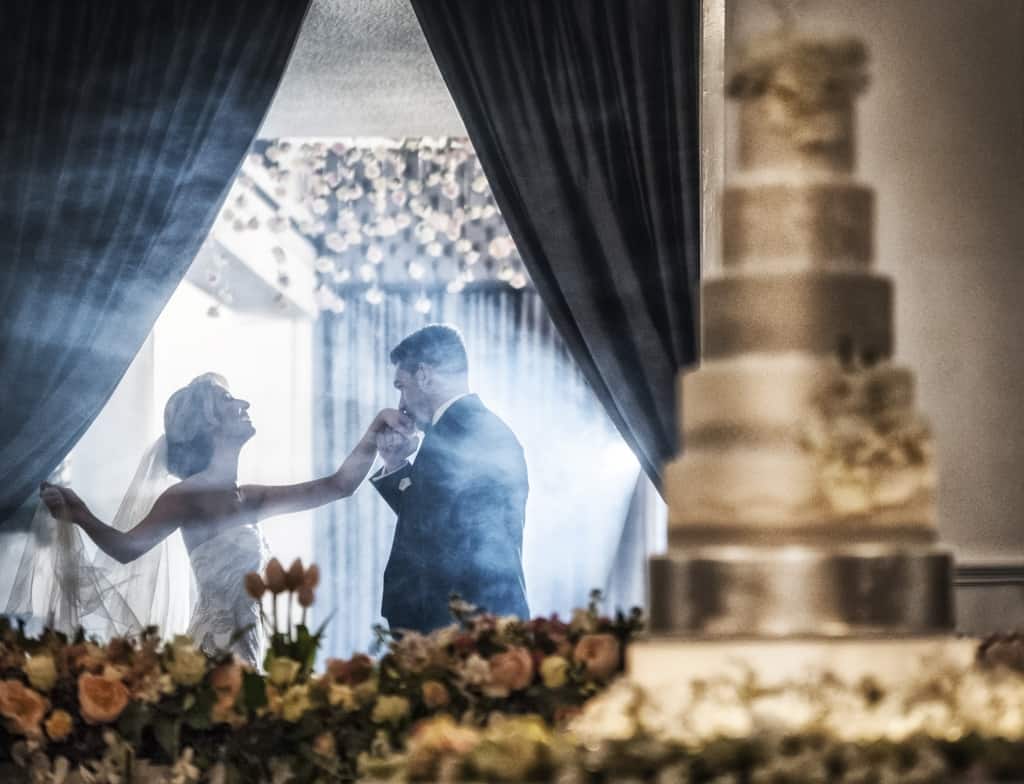 On Sunday 10 July, we will be holding our very first bridal expo. This event marks a true milestone for us as we are showcasing every fine detail of our luxurious venue. We are also exhibiting some of Melbourne’s A-List wedding suppliers, in which our attendees at the expo will have the opportunity to meet … A Very Vogue Bridal… 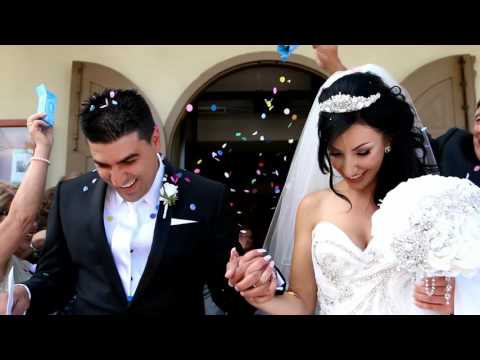 Over the years, couples have ditched filming their wedding using a home cam recorder and opted for hiring a professional. Nuptials are spending more money than ever before to ensure that they have the whole wedding, including highlights of the day professionally filmed. We spoke to Peter from PK Video Productions regarding the benefits of … Reel Love: Wedding Videography…